The script for Butterfly Crush is an adaptation of Alan Clay's second novel, Dance Sisters. Here are some reviews of the novel: 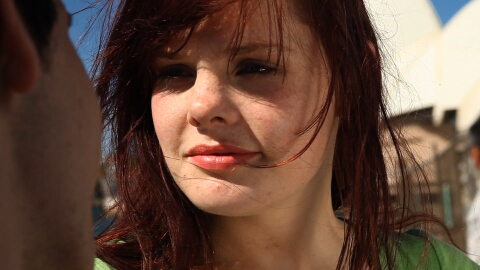 "Tanks roll through Circular Quay, people run through Hyde Park screaming and buildings crumble at Kings Cross. This is however, all a dream induced through the realistic power of virtual reality. And so begins the brilliant second novel, Dance Sisters by New Zealand author, Alan Clay.

The Dance Sisters are an all female singing and dancing trio who are set to be the next big thing, courtesy of the Australasian Song Awards. The founding members of the group, Pearl and Moana have recently broken up and Pearl has taken refuge in the midst of a Kings Cross cult who dedicate their lives to experimentation through virtual reality.

Eva, the band's newest member, seems stuck in the middle, not wanting to take sides, or risk offending either trend. Wanting to help Pearl, Eva also attends many cult meetings, but stays wary of their virtual reality fetish. In her visits she discovers Matt, a hunky follower whose dedication to the cult seems as strong as her attraction to him.

Through Matt, Eva discovers that the cult not only partakes in real life space experiments but also advocates open relationships and group sex between its members. As time passes, Pearl becomes more heavily seduced by the cult and her commitment to her rising fame and her singing trio wains.

Eva, with Moana and agent Angel become suspicious Of the cult's attention and concerned for the welfare of their friend Pearl. Unsure where to turn, or who to believe, Eva is the one who must bring the three girls back together.

Although the story heavily features many taboo issues such as lesbianism, group sex and the impact of technology on our society, Dance Sisters is more about friendship, and the camaraderie that has held these girls together so tightly until now. Through our exploration of the characters, you can't help but feel for Eva.

"What a refreshing read! Dance Sisters, by New Zealander Alan Clay, had me hooked from the first explosive page. A female song and dance trio threatens to self-destruct on the brink of fame when its lead performer becomes involved with a manipulative cult, touting sex, astrology and virtual dreaming. The Sydney based author, actor and drama tutor has crafted a provocative gem, portraying the relationship between the characters with consummate skill. It is a real treat."                                           Otago Daily Times ( NZ)

"The Dance Sisters are a female singing and dancing duo, recently expanded into a trio. They are in the running for an Australasian Song Award, and are practicing hard for their performance on awards night. But Pearl, the leader, has ended a relationship with Moana. the other original member, and has become involved with a cult that deals in things like astrology, group sex and virtual dreaming. Pearl begins to attach more importance to the cult than to the Dance Sisters, very much threatening their chances at the Song Awards. The pressures on the trio are explored from the point of view of Eva, the third member, as possibly the biggest night in their careers comes ever closer.

This is an enjoyable read. It's convincingly written and the characters are real people, too. It's a story of friendship and camaraderie, but also a story of the impact of technology on society and is well worth reading."      Dead Trees Review (USA)

Dance Sisters is available in paperback through on-line stores like amazon.com

Dance Sisters eBook Release
Dance Sisters has just been released as an eBook for the Kobo reader and the eBook can be purchased in New Zealand through Whitcoulls or in Australia through Borders or Angus & Robertson. It is also available for the Apple iPad through the iBooks app at iTunes. (eBook ISBN: 9780957884465)

On this site you can find the latest news and press releases or check out the production credits and production photos, find more information on the cast, the development process and the production, find an outline of the story plus stills, and view podcasts from Butterfly Crush.

New on this site you can find information on our feature film in development, True Believers, and reviews of the novel on which it is based.