Alan Clay's short film, Moontan, was shot in Wanganui, New Zealand, in October 2006. The film is an adaptation of Alan's first novel, published in 1995.

Two street clowns get swept up in an occupation of New Zealand's last Victorian theatre, which brings them into a playful confrontation with the police.

Moontan was shot in the Royal Wanganui Opera House, New Zealand's last Victorian Theatre, and stars Annette Devick from Canada as Crystal, and Mark Hudson from Australia as Moontan. 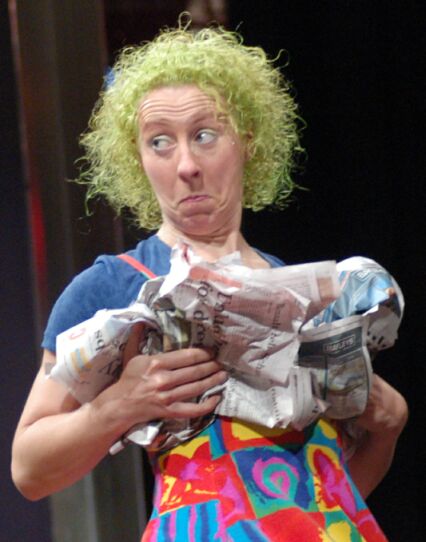 A DVD with both versions of the film plus a twenty minute 'Making of Moontan' documentary, and a two camera split-screen extra clown performance (total: 72 min.), is now available for US$14.95 from Create Space.

Those extras in Wanganui who took part in the movie can now find the DVD in the Wanganui Library.

On this site you can read news of the production, check out the synopsis and reviews of the book on which the film is based, read scene one of the script, or find information on the cast and production 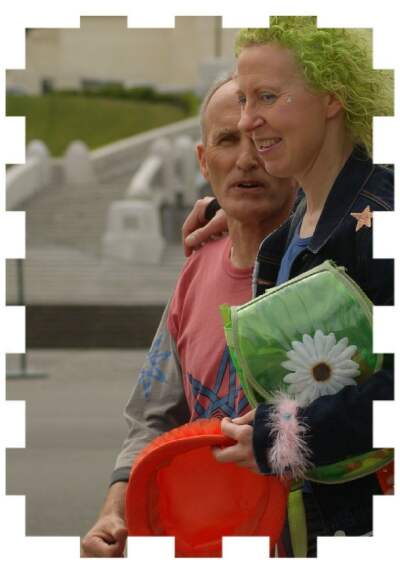 Having performed as a clown for 30 years and taught the art form for 28 of these, I have long been fascinated by the aptness of modern clown as a symbol of our contemporary predicament.

Modern clown is vulnerable and spontaneous in contrast to the painted faces and set piece routines of traditional clown, and these days the challenge for all of us seems to be to bring joy into each moment, in the face of the chaos in the world around us.

In 1995 I published my first novel, Moontan a clown’s story, to good reviews which talked of a story which ‘invited readers into the world of a clown’. In this story, Moontan, in spite of his sensitivity and the heavy handedness of the authorities, brings life and laughter to the audience and then must move on, much as we all must these days.

The challenge was to capture this on film, for clown is not just the visuals and sound, but consists also of more ephemeral feelings and atmosphere. Our strategy involved an improvised pre-production workshop process, a shoot using two High Definition cameras and an a fast edit between shots on the performance sections of the film. All performance sections were filmed hand-held, to lend energy to these scenes.

We were fortunate to have the use of the Royal Wanganui Opera House, the last Victorian Theatre in New Zealand, as the location for the film, and to have two tallented lead actors, Canadian, Annette Devick, playing Crystal and Australian, Mark Hudson, as Moontan.

On this site you can check out our new feature film project based on the novel Dance Sisters, where you can read an outline of the film, or reviews of the novel on which the film is based. You can also check out Artmedia's digital short film, Moontan (pictured) which was released in 2007 - read reviews of the book on which the film is based, or scene one of the script, or find information on the cast and production team.